Automotive Manufacturers: The Future Is Closer Than You Think - Are You Ready? 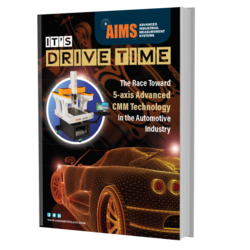 Some experts believe we are years from realizing self-driving cars. But if you take a look under the hood and kick the tires, the timeline for the autonomous car might be closer than we think. The world’s top automakers have made some interesting predictions and companies like Ford, GM, BMW and others have established their own timelines

SAE International  has established five self-driving definitions. Level 1 describes automating small tasks like steering while all other operations remain under human control. Level 2 is compared to “autopilot” where the car automatically takes corrective action but requires the driver to be vigilant. Level 3 also needs human intervention but the primary job of driving is performed by the vehicle. Level 4 gives drivers a vehicle they can sleep in on a long commute. Level 5 is synonymous with full automation under any conditions.

In 2016 GM acquired Cruise Automation for $581 million. Reuters reported that GM expected to release thousands of self-driving electric cars in 2018 with affliliate Lyft.  As of this year the car maker has taken a step back citing the need for testing and safety validation. In 2017 Ford invested $1 billion into Argo AI. This year the startup spent $15 million to create the Autonomous Vehicle Research Center at Carnegie Mellon University to focus on improving self-driving technology. Honda and Toyota executives both agreed that no one is close to achieving Level 5 automation. Companies like Fiat-Chrysler, Nissan, Tesla and BMW seem to agree, though each of the automakers mentioned has invested heavily in development programs. Only time will tell.

To get a broader, more in-depth look at where the automotive world is now, where it’s going in the near future and what that means to manufacturers download our newest e-book called “It’s Drive Time: The Race Toward 5-Axis Advanced CMM Technology in the Automotive Industry." You’ll get a market overview of what OEM suppliers will have to do to meet the demands for rising automation.

Part quality will be part of the bedrock supporting automakers’ initiatives for reclaiming lost production time with the help of the right coordinate measuring machine.  We’ll help you drill down to take a look at part types, part geometries and measurements.  Need to perform non-contact inspection, find out how in our E-book.  We’ll also talk about the practical side of things such as revised quality standards and a tax provision.  So visit us at www.aimsmetrology.com to find out more about our lab-grade and mobile Revolutions Series CMMs equipped with a variety of Renishaw 5-axis probe heads to fit your needs. You can request our new automotive e-book by clicking here.