Your CMM: The Value of Retrofit

Remember the Maytag Repairman? He emerged in television commercials during the 1960s as the loneliest man in town - because the appliances never broke down. Nowadays people are more likely to sigh and wistfully say, "They sure don’t make them like they used to."  Statistics show that Americans replace their cell phones every two years. Computers can be expected to last at least three years but experts tell you not to push your luck past five. And if you do happen to be in the market for a new appliance like a washing machine, you’ll find the Maytag Repairman is now the Maytag Man - with a new job! Instead of sitting in a deserted shop setting, commercials now feature him taking the place of a downed appliance and performing its tasks until the equipment can be fixed. 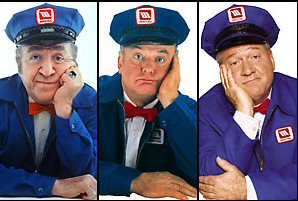 The reason? Many product designers are practicing “planned obsolescence.”  The phrase is defined as, “something that occurs when a product is intended to wear out or stops being useful after a predetermined period of time – typically a few years.”

This mindset has infiltrated the CMM industry as well. After working with this equipment for many years I can describe what is out there with one word – disposable. Sadly, that's why stellar companies like Sheffield didn’t survive. They designed things NOT to fail.

At my last shop we went purchased two new CMMs and used them until they failed. I quickly found that I could retrofit a machine for half the cost of a new one and boost performance. It’s one of the benefits of retrofitting a CMM and it’s made me a fan of the approach.

It also points to a concern that a lot of manufacturers have when you start discussing retrofitting or upgrading - CMM parts availability.

Fortunately, the types of parts that may need replacement due to wear, e.g., mechanical bearings, tubing, air bearings, servos and the like, are easily procured. During a retrofit, these components are typically replaced, transforming the CMM into a machine that's in factory-ready condition.

For example, we recently retrofitted a CMM with a Renishaw UCC controller and a Revo2 probing system. The machine had been produced by a major OEM in the industry. This OEM’s machine is very precise but also notoriously slow. Interestingly, I programmed this very model some 20 years ago so I had a good feel for how it performed. We were able to increase the machine’s throughput by roughly a factor of 10 with the retrofit.

We were as excited by these results as our customer was. Most OEM controllers are closed systems. By retrofitting  the CMM with a Renishaw UCC controller we not only sped up production but we were able to give our customer an open architecture system which features I++ communication protocol and Dimensional Measuring Interface Standard programming language. This gave our customer a wide range of software and hardware options. Plus, DMIS is recognized as the only international standard language (ISO 22093) and is also approved by the American National Standards Institute. It's the most widely used programming language in the marketplace.

There are a number of DMIS-based software options that work well with the Renishaw UCC controller. At AIMS we supply DMIS-based Modus CMM software. We also offer a wide range of hardware choices. The Revo probe can provide live, 5-axis scanning as well as Revo-based surface finish probes and 5-axis optical probing. We can also equip our CMMs or the brand models of our customers with offerings that can include the Renishaw PH20 5-axis [for extremely fast head touch capability] and PH10 series probe heads for choices such as the Renishaw TP20, TP200, TP7, SP20 and SP600.

Regardless of your application, Renishaw has the right probe for the right job. This flexibility makes it nice for customers who may want to reset their options with existing equipment.

Another benefit to taking the retrofit road is the ability to enhance accuracy. Some older machines don’t have a built-in error mapping feature or if they do, it’s most likely outdated. Renishaw UCC controllers have an impressive track record with field-proven error mapping technology. The feature is built into the UCC controller and has options for real-time automatic part and machine temperature compensation which further boosts a CMM’s accuracy.

The Modus software also supports improved accuracy over other programs because of its well-proven Physikalisch-Technische Bundesanstalt certified algorithms.

Having been in the business as long as I have, I can tell you not all CMM software is created equal when it comes to accuracy. The software component is often overlooked when it comes to assessing the accuracy of a CMM. Over the years, I’ve learned the hard way that software does matter. In some cases CMM software inadequacies can wreck havoc, causing considerable programming workarounds and more importantly, inaccuracies that result in part coordinate system alignments or fixture alignments failing to meet required tolerances.

When you think about it, saving costs, raising throughput and increasing accuracy makes retrofitting kind of a no-brainer.